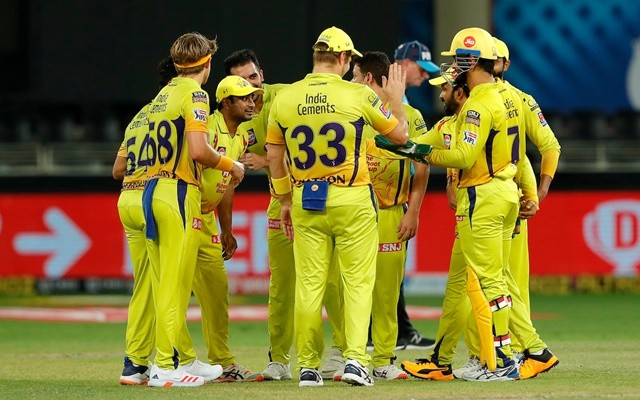 Rituraj Gaekwad came into this tournament as a pretty unknown commodity. There wasn’t much talked about him and there wasn’t too much hype about him but as it turns out he has turned out to be the highest run getter in the tournament. He turned out to be the surprise package here and will be one to watch out for in the future for sure. CSK came into this tournament as being the least fancied team particularly after their stint last time around. They had a team which finished last and there were questions being asked about the side and its age. This is the team which has dominated IPL but there were questions being asked so they had to do something about it. And did they do something about it or what? With Faf as an opening partner, there was a mix of youth and experience at the top of the order which the CSK team really benefitted from and that is where Rituraj came in. He is a small man but he does hit a long ball. He can really give it a thunderous whack here and can give his team a wonderful start. The start that this team was looking for with the middle order waiting in the wings. They chased in the first qualifier and it was Rituraj who was able to guide the team through the chase. There must be some credit here which should be given to the captain and mentor of this team. The man himself MS Dhoni. Dhoni played him through a rough run of form early in the tournament and that is where the credit must be given to Rituraj. Rituraj really turned the screws on then and killed it with his batting from then on. He made sure that CSK never lost wickets up top and never were in a situation where they were reduced to not too many. Even when they were he made sure that he batted through to the end of the innings and did his best to compete really hard in the game. He is a talent for sure and is young still. He is going to only improve further adding to the impressive list of young talent that the Indians have. Rituraj is a player who on his day can score really quickly and his day comes quite often. Perhaps if through the dissection of CSK’s tournament, we see that perhaps the biggest difference here in this tournament would be the form of Rituraj Gaekwad who was at the top of his game and scoring runs for fun. He was instrumental in every way as he was taking the bowling on. While the ipl 2021, saw other players like Venkatesh Iyer and a few other players also play their parts, Rituraj really dominated indian cricket prediction tables as the batsman of the tournament. There is nothing that would make him happier than the orange cap. The other most pleasing aspect about it was the form of Faf Du Plessis who really benefitted from this youngster and helped in the cumulative win of the Super Kings. This may open the doors for him to do bigger and better things. He will take a lot of confidence from this and look forward to further dominance in the game and perhaps see himself in the Indian colors soon too on a more regular basis. With another T20 world cup coming soon, there might be a chance for him to come up with the goods here and be counted among the top players in the world.

Sweater Dresses: 5 Fall Options That Help to Get You through Chilly Season in Style

Kitchen Decorating Problems You May Encounter